At NPF Pensions Limited, we believe that through strong leadership, by living our values and by focusing on meeting the needs. Our Board of Directors is committed to ensuring that high standards of governance underpin the management of our business affairs.

Rtrd. IGP Suleiman Abba is a retired law enforcement officer with 31 years of experience in serving the nation by safeguarding lives and property and strengthening safety and security programs for the Nigeria Police Force where he retired as the Inspector-General of Police in 2015.

He holds B.A. (Hons) in History of the University of Jos, LLB (Hons) from the University of Abuja. He was called to Nigerian Bar in 2006 after he completed the mandatory one-year vocational legal training at the Nigerian Law School, Abuja. Rtd IGP Suleiman Abba is an Alumnus of the London School of Economics.

Being a law enforcement officer and legal practitioner, he coordinated many activities of the Police and its subsidiaries. He was the Board Chairman, Nigeria Police Cooperative Multi-Purpose Society Ltd, IGP’s Permanent Representative on Board of Governors National Judicial Institute, IGP representative in Presidential Committee on Nigeria Centenary Celebrations, IGP Representative on development of National (NPF) Infrastructure Master Plan.

Rtd IGP Suleiman Abba has attended many courses in diverse fields of specialization within and outside the country which include; International training as a member of the International Association of Chief of Police, ASCON Higher Management Course, Leadership and Strategic Management Workshop for AIGs of Nigeria Police Force, etc. He is happily married with children and enjoys playing football. 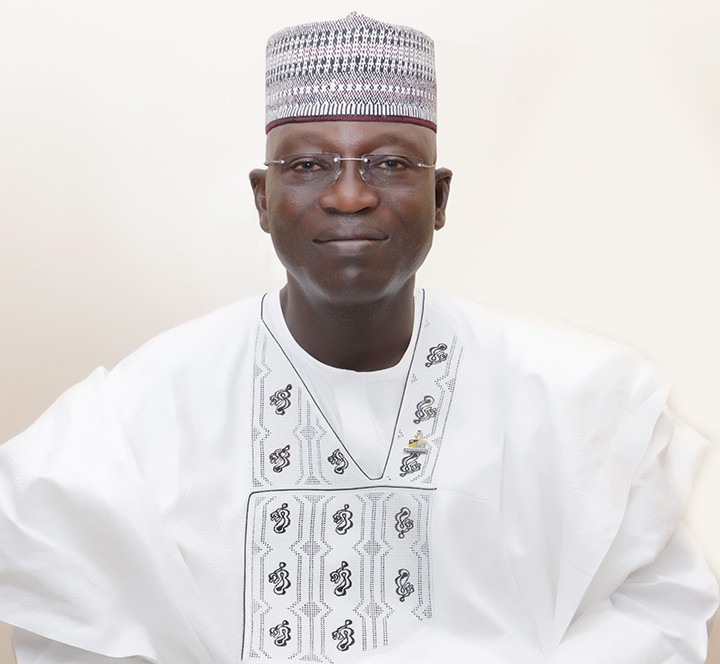 DIG Sanusi N. Lemu is a Deputy Inspector-General of Police, in charge of the Department of Finance and Administration. Born on 31st January, 1963 in Lemu L. G. A., Niger State. He graduated from the Bayero University, Kano in 1985, where he bagged a B.A Education/Political Science before joining the Nigeria Police Force in March, 1988. He has served in many Police Commands and Formations across the country. His nomination by the Inspector-General of Police as Director, is by the virtue of his Office as the DIG (DFA) where he is expected to occupy the position of Vice-Chairman.

He is an astute educationist, with relevant qualifications in the field; hardworking, diligent, and dedicated Officer.

DIG Sanusi Lemu was the United Nations Verification Mission Contingent Commander in Angola (UNVEM) III, and his contributions to the Force has earned him many awards.

He is married with children. His hobbies are farming and reading. 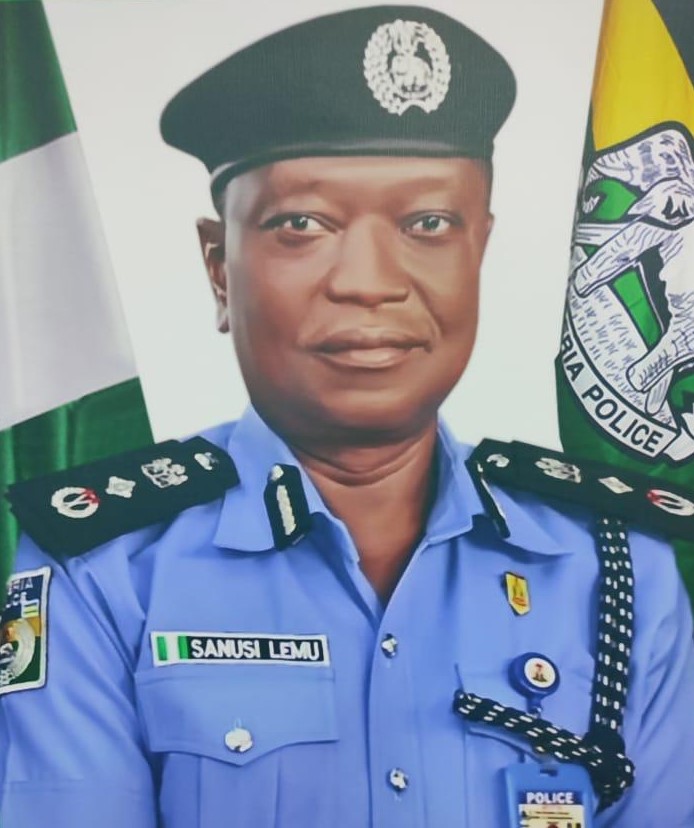 DCP Olufunke A. Ogunbode is the Deputy Commissioner of Police in charge of the Police Pension Office Abuja. Born on 18th September, 1970, she hails from Ilawe Ekiti, Ekiti State. She graduated from Ondo State University, where she bagged B.Ed. She later joined the Nigeria Police Force in 1994 as a Cadet Officer. She also holds Master’s degree in Education, and Legal Criminology and Security Psychology from University of Ibadan.

She served as Second in Command, Traffic Officer, Ibadan; Deputy Superintendent of Police at Interpol Unit Force CID, Lagos. She was later on secondment to the EFCC. Upon her promotion to Chief Superintendent of Police she became the Head of Operations, EFCC South-Eastern Zonal Office from 2007 – 2020. She was also the Head of Economic Governance of the EFCC. She was subsequently deployed to the Inspector-General of Police Special Investigation Unit.

She is currently the Deputy Commissioner of Police in charge of the Police Pension Office, which is under the Department of Finance & Administration at the Force Headquarters, Abuja.

She has attended many trainings and workshops which include Malaysia Anti-Corruption Academy, FBI Internal Policing Course, Anti-Corruption Course by the Italian Ministry of Foreign Affairs, International Association of Financial Crime Investigators in Boston, Federal Bureau of Investigation/United States Department of Justice Course and Strategic Leadership Command Course. She is a member of International Association of Chiefs of Police (IACP)

She is married with children, and her hobbies include reading and travelling. 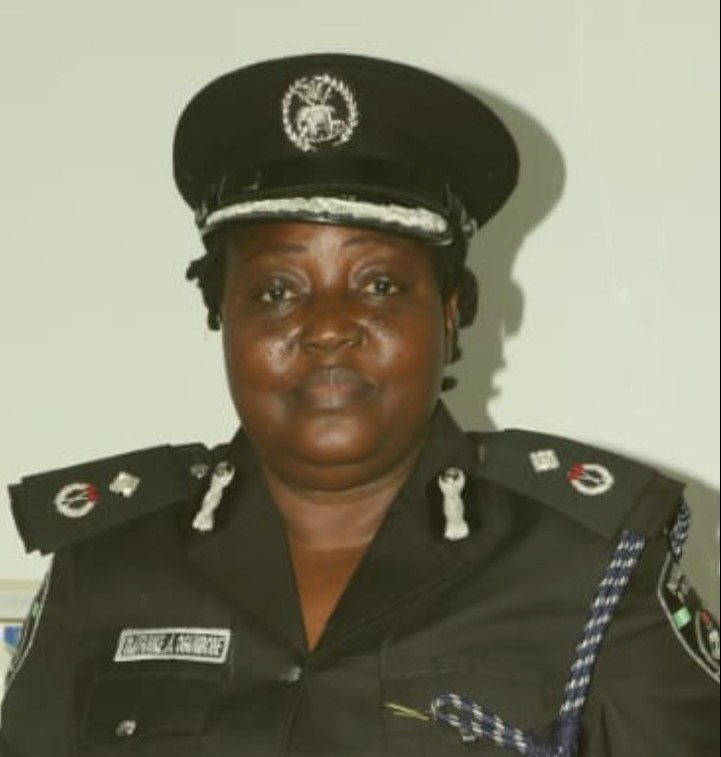 ACP Uzairu Abdullahi is currently the Force Insurance Officer/Executive Secretary, Nigeria Police Welfare Insurance Cooperative Society (NPWICS). Born on 10th October, 1970. He hails from Gwaram, Jigawa State. He graduated from Bayero University, Kano in 1994, where he bagged B.A (LS) Economics before joining the Nigeria Police Force in 1999 as a Cadet Officer. He also holds Post Graduate Degree in Corporate Governance of the National Open University of Nigeria and Masters Degree in Crime Management and Prevention (MCMP) of the Bayero University, Kano State.

Upon his promotion to Assistant Commissioner of Police, he was in charge of Finance and Administration of Kano State Command, before his recent appointment as Force Insurance Officer by the Inspector-General of Police.

He oversees the general administration of the Force Insurance Unit, claims processing and prompt payment to beneficiaries/next-of-kins of deceased Police Officers, liaising with the Ministry of Finance, Budget and National Planning for prompt release of funds for Group Life Insurance, coordination of Insurance activities from all the state Commands and pre-qualification of Insurance Companies/brokers for Insurance Policies.

He has attended many trainings and workshops which include: Citizenship and Leadership Training at Shere Hills, Police Mobile Force Training, Basic Law and Investigation Technique, Identifying, Analyzing and Responding to Early warning signs of Election conflict, General Certificate in Computing, Cybercrime, Security and Tracking, Surviving at Retirement, Repositioning for present day realities, Protection of Civilians Course. He is a member of International Association of Chiefs of Police (IACP) and a member, Kano State NYSC Governing Board. As representative of the majority shareholder in NPF Pensions Limited, he occupies the position of the Executive Secretary on the Board of Nigeria Police Welfare Insurance Scheme.

He is married with children, and his hobbies include reading and travelling. 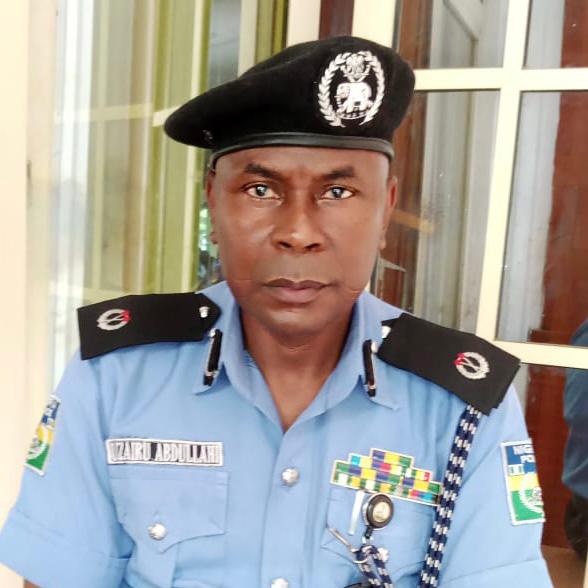 Hamza Sule Wuro Bokki, Ph.D., is the Managing Director/CEO of NPF Pensions Limited and brings on board his over 26years of experience as a manager of resources, Investment Banker, Community Leader, and Corporate Governance.

He is a fellow of the Chartered Pension Institute and a Member of, Nigerian Institute of Management. He has served and is still serving on the Boards of several companies since the year 2000. He chaired the Audit Committee of Ashakacem Plc for 8 years.

He has attended courses in various training schools including the Harvard Business School, Boston MA, USA, and Asian Institute of Technology, Bangkok, Thailand. Hamza is married with children and loves reading, writing, and traveling. 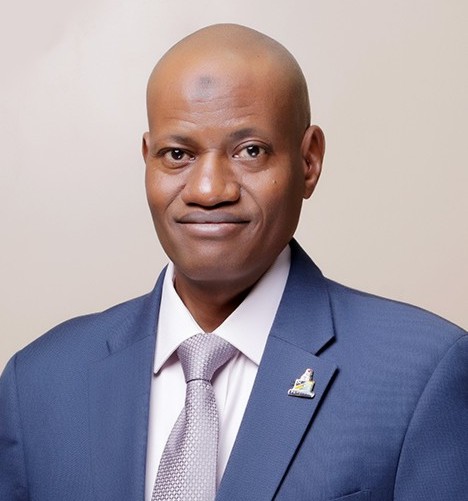 Mr. Nicholas Nwalozie Nneji is a seasoned Commercial and Investment Banker. He graduated with a BSc. Degree in Accountancy from the Abia State University in 1987 after completing his secondary education at Federal Government College, Ijanikin-Lagos in 1983. He qualified as a Chartered Accountant in 1990 and obtained a Masters Degree in Business Administration from the University of Lagos in 1997.

From 2006, as a pioneer staff and Lead-Funds Management at FBN Capital Limited (the Investment banking subsidiary of First Bank) he developed and launched as at then, the largest industry-size Mutual Fund; the N5 billion FBN Heritage Fund, as the first Fund Manager, in 2008. Later in 2008 he moved to ARM (Asset and Resource Management Company Limited) as Vice-President/Financial Controller. From 2009-2012 he served as the Managing Director/ CEO of Summit Finance Company Limited(Member of the Nigerian Stock Exchange).

From 2013-2014 he was engaged by First Bank Nigeria Limited as Technical Assistant to the Ministry of Finance (working with the Commissioner of Finance) Cross River State, Nigeria.

He had attended Executive Management programs at Kellogg School of Management, Chicago on Corporate Governance/ Board Evaluation and Finance for Executives in 2017 and 2019 respectively.

He is also a Alumni of the prestigious Harvard Business School - Advance Management Program - 194 from 2018.

He is happily married with children and loves travelling and playing chess. 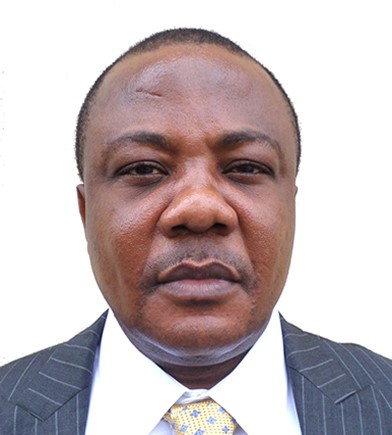 He is saddled with the responsibility of providing strategic and directional leadership for four (4) Departments in the Company namely, Administration & Human Resources, Benefits Administration, Business Development as well as Information & Communication Technology (ICT).

Mr. Gezawa is an Alumni of the prestigious Harvard Business School (HBS), Boston, Massachusetts, United States of America (USA) having attended “Course 196” of her Advanced Management Program (AMP) between March and May, 2019. He has earlier obtained Master of Banking & Finance (MBF) in 2006 as well as B.A.(Ed) Economics (Upper Second Class Honours) degrees, both from Bayero University Kano (BUK). He has also acquired membership of many Professional Institutes/Bodies in Nigeria which include Fellow, Chartered Institute of Administration (FCIA); Member, Nigerian Institute of Management (MNIM), Associate, Chartered Institute of Taxation of Nigeria (ACTI), Certified National Accountant (CNA) of the Association of National Accountants of Nigeria (ANAN) and Associate, Chartered Institute of Stockbrokers (ACS).

Before joining the Board of NPF Pensions Limited in 2015, he has worked with National Insurance Commission (NAICOM) between 2009 and 2015, where he attained the position of Deputy Director (Finance & Accounts) from which he voluntarily resigned. During his Public Service career, he represented NAICOM in many strategic National Committees which added to his broad experience in the Nigerian Financial Services Sector.

He had, at different times within Years 2006-2009, held the position of Head, Investment Department in both Apt Pension Funds Managers Ltd and Penman Pensions Ltd (now Tangerine Pensions Ltd), Abuja.

As a fresh graduate, Mr. Gezawa started his career in the banking industry in 1992 which spanned to 2006, within which period he held several responsibilities covering Branch Banking Operations, Credit, as well as Marketing & Relationship Management functions, at different times, in a number of commercial banks which included the then Oceanic Bank Nigeria Ltd (Kano Branch); Habib Nigeria Bank Ltd; Citizens International Bank Ltd (Kano Branch); as well as Assurance Bank Nigeria Ltd where he served as the Kano Branch Manager.

In the course of both his education and career, Mr. Gezawa has obtained many awards to his credit. Likewise, being a passionate reader who leverages on continuous learning opportunities in order to sharpen his multiple skills, he has, at various times, attended many capacity-building courses, seminars and workshops locally as well as in some highly rated educational institutions in the United Kingdom (UK) and the USA including “Corporate Governance: Effectiveness and Accountability in the Boardroom” at the Kellogg School of Management, North-Western University, Chicago, Illinois.

Mr. Gezawa is happily married with children and enjoys reading and travelling. 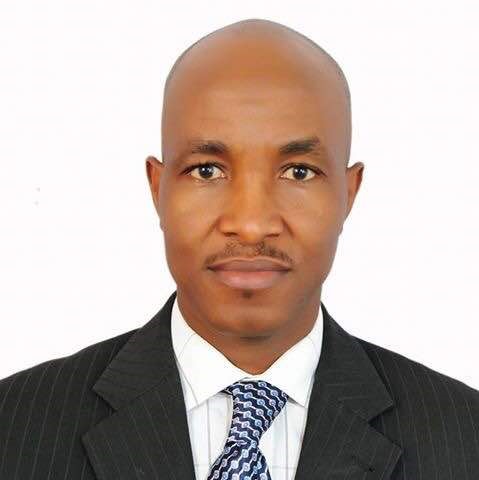 Olusola S. Ephraim-Oluwanuga is a Legal Practitioner with 30 years of standing at the Nigerian Bar. He graduated from the University of Ife, Ile-Ife (now Obafemi Awolowo University), Nigeria, Law School, University of Ibadan and went further for an intensive program at Strauss Institute of Dispute Resolution, Pepperdine, University School of Law, California, the U.S.A. on Negotiation and Settlement Advocacy.

Sola Ephraim-Oluwanuga has attended many professional and executive training around the globe. He was one of the foundation Honourable members (Federal Commissioner) of the Investments and Securities Tribunal (IST) between 2002 and 2007, in the course of which he has done various internships and attended several study tours to understudy the operations of similar institutions around the globe.

He is a participant at the National Institute of Policy and Strategic Studies (NIPSS), he wrote his thesis on an assessment of corporate governance status in Nigeria public quoted companies. He is an author of quality and rich works of literature in the capital market and corporate industry.

He was appointed as an Independent Director on the Board of NPF Pensions Limited, and his appointment has been approved by the National Pensions Commission.

He is married to Olusola, a Physician: Consultant Psychiatrist and they have two children. He likes jogging, Public speaking, writing, and occasional golfing. 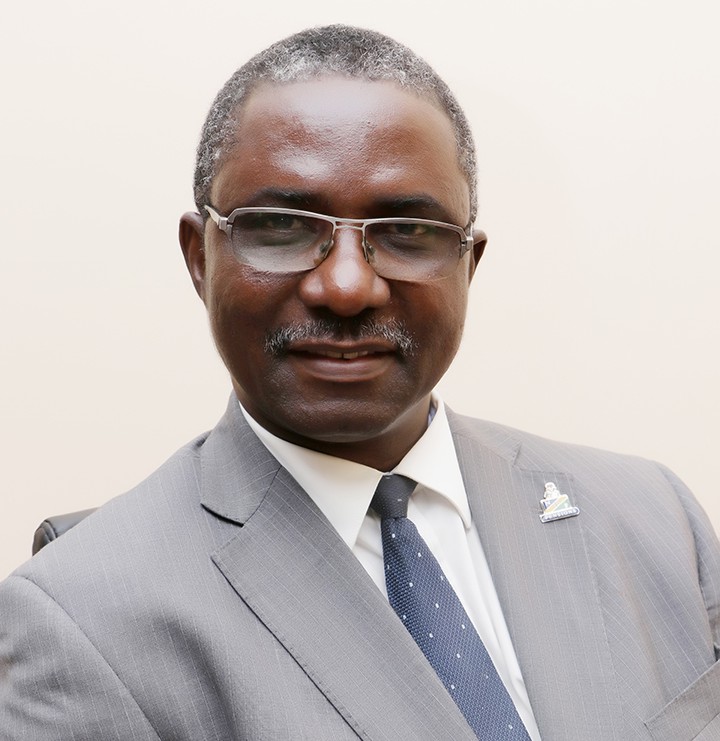 We don't work on holidays